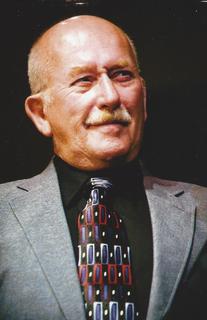 Robert William Henderson, 80, of St. Paul, passed away Monday, February 27, 2017 at Franciscan Health Indianapolis. He was born December 8, 1936, in Washington D.C., the son of William B. and Marie (Miller) Henderson. He married Carol Shoulders on December 1, 1999, and she survives. Other survivors include his daughters, Chyrl Adams of Shelbyville, and Lynda Henderson Wasmund and husband, Ronald, of Gig Harbor, Washington; sons, Matthew W. Henderson and Noah Henderson, both of Shelbyville; stepsons, Kenny Jones and Kevin Jones and wife, Holly, both of Indianapolis; brother, John Colin Henderson of California; father-in-law, William Lee Shoulders of Indianapolis; 13 grandchildren; two great-grandchildren; and four nieces and nephews. He was preceded in death by his parents; and daughter, Kathryn S. Harms. Robert graduated from Mastbaum High School in Philadelphia, Pennsylvania. He was a veteran of the U.S. Navy, stationed in Guam. Robert attended Freedom Missionary Baptist Church. He was a commercial truck driver. He drove for numerous companies, retiring from PKG in Shelbyville in January 2017. Robert enjoyed watching Westerns and old black and white movies. He also enjoyed reading and tinkering on cars. He loved to spend time playing with his grandchildren. A gathering of friends and family will be from 2 to 4 p.m. Saturday, March 4, 2017 at Freedom Missionary Baptist Church, 350 N. Fuller Drive in Indianapolis. A celebration of life will be at 4 p.m. Saturday, at the church. Services entrusted to Freeman Family Funeral Homes and Crematory, 819 S. Harrison St. in Shelbyville. Memorial contributions may be made to the American Heart Association
To order memorial trees or send flowers to the family in memory of Robert William Henderson, please visit our flower store.