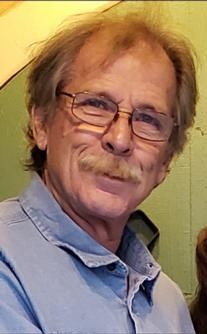 Ronnie W. Dotson, 63, of Gwynneville passed away Wednesday, April 1, 2020 at his home. He was born October 15, 1956, in Pennington Gap, Lee County, Virginia, the son of Winfred and Lena (Pennington) Dotson. On February 13, 1993, he married Rhonda Fulenwider, and she survives. In addition to Rhonda, Ronnie is survived by his son, Rodney Dotson and wife, Johanna, of Knightstown; sisters, Louise Sizemore and husband, Jim, of South Carolina, Tricia Raney and husband, Robby, and Peggy Huffman and husband, Gary, both of Greenfield; grandchildren, Kaelynn Dotson, Lena Dotson and Dillon Dotson; sister-in-law, Brenda Fulenwider; and several nieces and nephews. He was preceded in death by his parents; and brothers, Robert Dotson and Billy Dotson. Ronnie graduated in 1975 from New Palestine High School. He owned and operated R & R Collision and Restoration in Gwynneville, since October of 1995. Ronnie enjoyed hunting and fishing. He loved his family and enjoyed spending time with his grandchildren. Private services will be observed, due to the current health regulations. Interment will be at Asbury Cemetery in Morristown. Services have been entrusted to Freeman Family Funeral Homes and Crematory, 819 S. Harrison St. in Shelbyville. Memorial contributions may be made to the Morristown Boys and Girls Club, PO Box 275, Morristown, Indiana 46161. Online condolences may be shared with Ronnie’s family at www.freemanfamilyfuneralhomes.com.
To order memorial trees or send flowers to the family in memory of Ronnie W. Dotson, please visit our flower store.