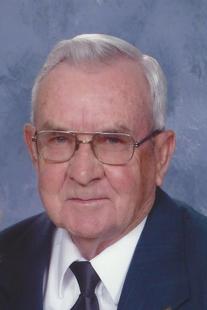 Russell D. Cutsinger, 85, of Shelbyville, passed away Tuesday, February 27, 2018 at Heritage House of Shelbyville. He was born December 3, 1932, in Hendricks Township, Shelby County, Indiana, the son of Byron Jennings and Opal Bell (McQueen) Cutsinger. On September 25, 2004, he married Cora Fleda (Achors) Cutsinger, and she survives. In addition to Cora, Russ is survived by his son, Gregory Allen Cutsinger of Shelby County; daughter, Cynthia Jo Fathauer and husband, Darrell, of Avon; step-son, David Parker and wife, Rhonda, of Waldron; sister, Mary R. Dile of Columbus; and grandchildren, Brandon, Cristy, Steve, Nicole, Melissa and Amanda; and great-granddaughter, Natalie. He was preceded in death by his parents; brothers, Jack R. Cutsinger, Calvin J. Cutsinger and Byron Cutsinger; and sisters, Leoma Gilbert and Diane Bean. Russ graduated from Mount Auburn High School. He was a U.S. Army veteran, serving during the Korean Conflict, from March 1953 to March 1955. Russ was a lifelong farmer. He was formerly the maintenance supervisor at Southwestern Consolidated School District. He was a member of American Legion Post No. 70 and Veterans of Foreign Wars No. 2695. Russ served on the American Legion Honor Guard for over 20 years. Visitation will be from 4 to 8 p.m. Friday, March 2, 2018 at Freeman Family Funeral Homes and Crematory, Carmony-Ewing Chapel, 819 S. Harrison St. in Shelbyville. Funeral services will be at 10 a.m. Saturday, March 3, 2018 at the funeral home, with Rev. Harvey Weaver officiating. Interment will be at Rest Haven Cemetery in Edinburgh, with military graveside rites conducted by the local military committee. Online condolences may be shared with Russ’s family at www.freemanfamilyfuneralhomes.com.
To order memorial trees or send flowers to the family in memory of Russell D. Cutsinger, please visit our flower store.