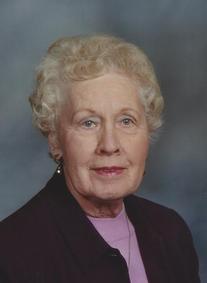 Ruth E. Mitchell, 99, of Morristown, went to be with the Lord on Saturday, July 7, 2018 at Hancock Regional Hospital in Greenfield. She was born August 30, 1918, in Rush County, the daughter of John H. and Mary Agnes (Collins) Richey. On October 23, 1937, she married Clarence M. Mitchell, and he preceded her in death on April 9, 1979. Ruth is survived by her son, Robert M. Mitchell and wife, Margaret “Jerry”, of Greenfield; grandson, Donn R. Mitchell and wife, Vickie, of Spiceland; granddaughter, Debra Ann Nunnally of Greenfield; eight great-grandchildren; and six great-great-grandchildren. In addition to Clarence, Ruth was preceded in death by her daughter, Sharyl Louise Mitchell; sisters, Dorothy Richey and Margaret McIntire; brother, Omer Richey; brother-in-law, William McIntire; and nephew, John William McIntire. Ruth graduated from Arlington High School in 1936, and in 1937 graduated from Royal Beauty Academy in Indianapolis. She had been a member of Morristown Christian Church since 1959, where she attended Delta Chi Class. Ruth was also a member of the Merry Mixers Home Economics Club in Morristown. She was a self-employed beauty operator in Arlington. Ruth was the editor and advertising manager of the Morristown Messenger Newspaper from 1969 until retiring in 1981. Ruth was an avid gardener and loved to spend her time outdoors. Visitation will be from 4 to 8 p.m. Tuesday, July 10, 2018 at Freeman Family Funeral Homes and Crematory, Frazier Chapel, 124 E. North St. in Morristown, and from 10 to 11 a.m. Wednesday, July 11, 2018 at Morristown Christian Church, 209 S. Washington St. in Morristown. Funeral services will be at 11 a.m. Wednesday at the church, with Rev. Fred Hickman and Bill Farmer officiating. Interment will be at Arlington East Hill Cemetery in Arlington. Memorial contributions may be made to the Morristown Christian Church. Online condolences may be shared with Ruth’s family at www.freemanfamilyfuneralhomes.com
To order memorial trees or send flowers to the family in memory of Ruth E. Mitchell, please visit our flower store.