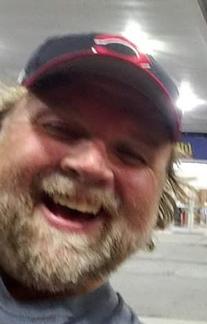 Scott “Ozzy” Dawson, 51, of Homer passed away Sunday, February 18, 2018 at MHP Medical Center in Shelbyville. He was born August 24, 1966, in Connersville, the son of Larry and Helen (Ratliff) Dawson. Ozzy is survived by his sisters, Ginger Dawson of Hobart, and Heather Dawson of Michigan City; nieces and nephews, Larry Dawson III, Lyman Dawson, Lyndzey Dawson, Miranda Stafford, Breanna Collins and Xandar Dawson; two great-nephews and two-great-nieces. He was preceded in death by his parents; brother, Larry Dawson Jr.; maternal grandmother, Goldie Hungerford; and paternal grandparents, Charles R. and Ruth Dawson. Ozzy graduated from Rushville Consolidated High School in 1985. He had worked in the shipping and receiving area, as a forklift operator, at Knauf Fiberglass, for over 33 years. Ozzy was a member of GMP Local Union No. 32. He was also member of the Sons of the American Legion and a 10-year member of the Fraternal Order of the Eagles. Ozzy was a professional poker player and enjoyed going to concerts, Harley Davidsons and traveling. He also leaves behind his dog, Timber. Visitation will be from 4 to 8 p.m. Friday, February 23, 2018 at Freeman Family Funeral Homes and Crematory, Carmony-Ewing Chapel, 819 S. Harrison St. in Shelbyville. Funeral services will be at 3 p.m. Saturday, February 24, 2018 at the funeral home. Interment will be at Hurst Cemetery in Rush County. Memorial contributions may be made to the Rushville Animal Shelter, 223 S. Smiley Avenue, Rushville, Indiana 46173. Online condolences may be shared with Ozzy’s family at www.freemanfamilyfuneralhomes.com.
To order memorial trees or send flowers to the family in memory of Scott "Ozzy" Dawson, please visit our flower store.