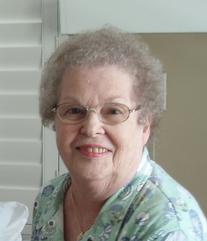 Sheila Annette (Siefert) Bass, 85, formerly of Shelbyville, Indiana, passed away on May 19th in Austin, Texas, where she had been residing with her son since earlier this year. She is preceded in death by her parents (Hank & Vera Siefert), her husband, Jim Bass, and her brother, Dick Siefert. She is survived by her brother Tom Siefert (Terre Haute, Indiana), sons Andy Bass (Tampa, Florida) and Gary Bass (Austin, Texas) as well as her granddaughter Caroline Bass (Mason, Ohio). She was a devoted wife, loving daughter, beloved sister, awesome mom, and supercool nana. She married Jim in 1955, became a mom to Andy in 1963, and become a mom to Gary in 1965. After graduating from Shelbyville High School, she worked at W. S. Major Hospital (four years), The Shelbyville News (four years), and as a tutor for Shelbyville Central Schools (five years). She later worked for Security Savings and Loan Association in Indianapolis before moving to Fort Lauderdale with her husband in 1985. After the death of her husband in 1991, she became the Conference Services Desk Manager for the Fort Lauderdale Bonaventure Resort & Spa for eight years, where she received countless accolades and awards including being the company’s Employee of the Quarter. Upon retirement in 1999, she moved to The Villages, Florida, where she was very active spending time with treasured friends, establishing The Villages Hummel Club, and volunteering at The Villages Regional Hospital. And, of course, being the best mom and nana EVER. She will be most remembered for her effervescent smile and effortless manner as well as her indomitable spirit. We were all blessed for having her brighten our lives in her own singular way. Services will be held Friday, May 28th, at the Freeman Family Funeral Homes and Crematory, 819 S. Harrison St. in Shelbyville with visitation from 10am to 11:30am. A burial ceremony following at Second Mount Pleasant Cemetery at noon. In lieu of flowers, the family asks that donations can be made to the Humane Society of the United States.
To order memorial trees or send flowers to the family in memory of Sheila Annette Bass, please visit our flower store.