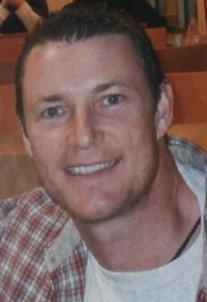 Stephen Ray Henson, 52, of Indianapolis passed away Monday, December 30, 2019 at his home. He was born January 28, 1967, in Greenfield, the son of Stephen H. Henson and Joy Luan (Wilkins) Henson. Stephen is survived by his father of Greenfield; mother of Fishers; daughter, Desiree Wiles and husband, Kyle, of Indianapolis; twin sons, Seth Henson and Cash Henson, both of Lawrence; brother, Ricky Jay Henson and wife, Marie, of Indianapolis; grandmother, Irene Wilkins of Fountaintown; aunt, Judy Pauls and husband, Jerry; grandchildren, Johnnie Ray Wiles and Cadence Irene Wiles; nieces, Andrea Sampiere and Jeannette O’Banion; nephew, Joe Kramer and wife, Brittney; and several cousins including, Tony Titus and wife, Teresa, Leigh Ann Smith and husband, Kerry, Lori Shelton, and Jimmy Henson and wife, Colleen. He was preceded in death by his maternal grandfather, Ray Wilkins; paternal grandparents, Grace Henson and Wilson Henson; and aunt, Janet Lee Titus. Stephen graduated in 1985 from Triton Central High School, and he obtained his associates degree from Ivy Tech College. Upon graduating high school he worked at Jack’s Tack and UPS. For the past 30 years, he has owned and operated Lawn Pro and A1 Lawn Care. He was a member of the White River Yacht Club. Stephen enjoyed boating, one of his favorite times was the family’s annual 4th of July celebration on the White River. He will long be remembered for his terrific sense of humor and his ability to make people laugh. Visitation will be from 1 to 3 p.m. Saturday, January 4, 2020 at Pleasant View Baptist Church, 12442 Southeastern Avenue, Indianapolis, IN 46259. Funeral services will be at 3 p.m. Saturday at the church. Interment will be at New Palestine Cemetery in New Palestine at a later date. Services have been entrusted to Freeman Family Funeral Homes and Crematory, 819 S. Harrison St. in Shelbyville. Memorial contributions may be made to the Shelbyville-Shelby County Animal Shelter, 705 Hale Road, Shelbyville, Indiana 46176. Online condolences may be shared with Stephen’s family at www.freemanfamilyfuneralhomes.com.
To order memorial trees or send flowers to the family in memory of Stephen Ray Henson, please visit our flower store.