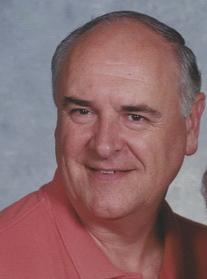 Stephen W. Soller, 82, of Plainfield, formerly of Shelbyville, passed away Monday, November 29, 2021, at Sugar Grove Senior Living in Plainfield. Born April 18, 1939, in Shelbyville, Indiana the son of Urban A. and Martha (Ford) Soller, of Shelbyville. He married Judy K. Grant of Shelbyville on September 1, 1962, and she preceded him in death on May 17, 2016. Stephen is survived by his sons, Anthony Mark Soller and wife, Suzanne Staab, of Plainfield, and Timothy Scott Soller and wife, Miyako Pastor, of Arlington, Virginia; sisters, Mary Josephine (Soller) Bay and husband, Charles, of Colorado, and Margaret Ann (Soller) Earp and husband, Robert, of Ohio; grandchildren, Nathaniel Soller, Megan Soller, Sophie Soller and Hugo Soller; sisters-in-law, Dottie Soller and Joy Anspaugh, both of Shelbyville, and Nancy Soller of Indianapolis; several nieces and nephews; and a large group of friends. In addition to Judy, Stephen was preceded in death by his parents; and two brothers, John Peter Soller and David Urban Soller. Mr. Soller graduated from Shelbyville High School in 1957 and the University of Dayton, Dayton, Ohio in 1962 and attained an officer commission upon graduation and was assigned to the Aberdeen Proving Grounds as an Ordnance Officer. He attended the University of Colorado, Boulder, Colorado graduate school. He was a U.S. Army veteran, serving from 1962 to 1967 stationed in Germany at the Seventh Army Training Center, Grafenwoehr in the Vilseck Ordnance Section. He was reassigned to the Indianapolis Army Reserve Center as a Signal Officer in 1964. Following the deactivation of the Signal Company in 1965 he was attached to the Camp Atterbury National Guard Officer Candidate School. This involved the reopening of buildings after being “mothballed” since World War II. Mr. Soller was employed by the Indiana Bell Telephone Company in the 1960s as a General Engineering Cost Analysis Project Engineer and was the time-share computer coordinator for Indiana Bell. He developed a computer program to calculate the economics of Central Office wire-centering and placement. The first Electronic Switching System (ESS) was built at Avon, Indiana due, partly, to the program. Prior to his second overseas duty he was part owner of the Hoosier Plumbing and Heating Company of Shelbyville with his brother, John. He was also a partner in the Pace Engineering firm with his brother, David. Mr. Soller served as the Shelbyville City Engineer during the downtown improvement in the 1980s and produced the construction plan for the reinstallation of the Joseph Fountain on the circle. He was also a principle in the planning for the one-million-gallon Water Tower-Fire Station on McKay Road. Mr. Soller retired from the U.S. Marine Corps Base Camp Lejeune 2005, where he was the Director of Utilities. He was reassigned to Camp Lejeune after serving in Germany for 14 years at the Mainz Army Depot as a facility engineer, Utilities Director in Giessen and Operations and Maintenance Director in Hanau. He was a member of Saint Joseph Catholic Church. He was also a member of the Knights of Columbus Council No. 822, Shelbyville Moose Lodge No. 2118, American Legion Post, Raleigh, NC, VFW of Cape Carteret, NC, and a past member of the Shelbyville Chamber of Commerce and JayCees. He was a former member of the Blue River Motorcycle Club. Mr. Soller was a Professional Engineer in Indiana, Ohio and Kentucky for many years. He was a licensed commercial pilot and flight instructor and organized a Scout Aviation Explorer Post that later began the Shelbyville Civil Air Patrol Squadron. Mr. Soller was a member of the Aircraft Owners and Pilots Association for over 50 years. He enjoyed the hobby of Amateur Radio for many years after learning Morse Code in a class taught in 1954 by Mel Davies, who was the Shelbyville High School shop teacher. He was an Extra Class licensee and served as an FCC Volunteer Examiner for several years giving FCC radio license exams. Mr. Soller played the Great Highland Bagpipes for a short time with the Atlantic Beach Fire Department Pipes and Drums in North Carolina. Visitation will be from 5 to 8 p.m. Monday, December 6, 2021, at Freeman Family Funeral Homes and Crematory, Carmony-Ewing Chapel, 819 S. Harrison St. in Shelbyville, with the rosary recited at 4:30 p.m. A Mass of Christian Burial will be at 11 a.m. Tuesday, December 7, 2021, at Saint Joseph Catholic Church, 125 E. Broadway St., in Shelbyville, with Father Mike Keucher officiating. Interment will be in Saint Joseph Catholic Cemetery in Shelbyville. Memorial contributions may be made to the Knights of Columbus, 413 E. South St., Shelbyville, Indiana 46176 or American Legion Post No. 70, 1125 Miller Avenue, Shelbyville, Indiana 46176. Online condolences may be shared with Mr. Soller’s family at www.freemanfamilyfuneralhomes.com.
To order memorial trees or send flowers to the family in memory of Stephen W. Soller, please visit our flower store.