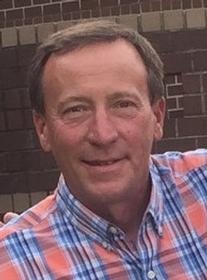 Steven Harold Stohry, 56, of Shelbyville passed away Tuesday, January 5, 2021, at MHP Medical Center in Shelbyville. He was born January 22, 1964, in Shelbyville, the son of Willard B. and Betty Jean (Hungerford) Stohry. Steven is survived by his mother of Shelbyville; brother, Kimble Stohry and wife, YongCha, of Incheon, South Korea; sister, Kara Lueck and husband, Doug, of Mesa, Arizona; nephews, Evan Lueck, and Enoch Stohry and wife, EunJoo; nieces, Hannah Stohry, and Hosanna Gobert and husband, Dayton; great-niece, Evelyn Stohry; and great-nephew, Eian Stohry. He was preceded in death by his father. Steven graduated in 1982 from Waldron High School, and obtained his Bachelor of Science degree in Agronomy from Purdue University in 1986. He had formerly worked at Knauf and Shelby County Soil Service. He owned and operated Steven Stohry Farm Drainage, Inc., where he was a self-employed tile drainage contractor. Steven was also a lifelong farmer. Steven was a licensed sport pilot and enjoyed flying kites on the farm. He loved to connect with his family and friends, one of his favorite ways was by making and sharing homemade ice cream with them. A gathering of friends will be from 3 to 5 p.m. Sunday, January 17, 2021, at Freeman Family Funeral Homes and Crematory, Carmony-Ewing Chapel, 819 S. Harrison St. in Shelbyville. A Celebration of Steven’s Life will be at 5 p.m. Sunday. Memorial contributions may be made to the Cancer Association of Shelby County, PO Box 844, Shelbyville, Indiana 46176. Online condolences may be shared with Steven’s family at www.freemanfamilyfuneralhomes.com.
To order memorial trees or send flowers to the family in memory of Steven Harold Stohry, please visit our flower store.