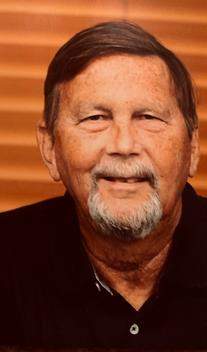 Steven Michael “Steve” Yeley, 72, of Indianapolis passed away Thursday, August 19, 2021, at his home. He was born June 23, 1949, in Beech Grove, the son of Dale and Roxielou (Shields) Yeley. On November 3, 1970, he married his wife of 50 years, Mary Jo Settles, and she survives. In addition to Mary Jo, Steve is survived by his son, Doug Yeley and wife, Kerri, of Shelbyville; daughter, Stephani Yeley of Indianapolis; granddaughters, Kasidy Jo Yeley, Logan Marie Yeley and Ryeley Paige Morical; and sister-in-law and brother-in-law that were also best friends, Betty Jean and Denny Kincade, of Shelbyville. He was preceded in death by his parents; and father-in-law and mother-in-law, William Owen and Marian (Fisher) Settles. Steve graduated in 1968 from Triton Central High School. He was a fabricator for United Technology for 50 years, retiring in 2018. Steve enjoyed drag racing, going fishing and camping. He loved his family and cherished the time spent and memories created with them. Visitation will be from 4 to 8 p.m. Monday, August 23, 2021, at Freeman Family Funeral Homes and Crematory, Carmony-Ewing Chapel, 819 S. Harrison St. in Shelbyville. Funeral services will be at 10 a.m. Tuesday, August 24, 2021 at the funeral home. Interment will be at Fairland Cemetery in Fairland. Memorial contributions may be made to the Cancer Association of Shelby County, PO Box 844, Shelbyville, Indiana 46176. Online condolences may be shared with Steve’s family at www.freemanfamilyfuneralhomes.com.
To order memorial trees or send flowers to the family in memory of Steven Michael "Steve" Yeley, please visit our flower store.