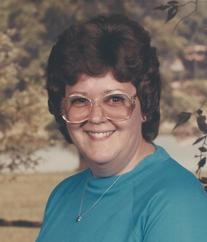 Suzanne Lee Maurice, 72, of Shelbyville passed away Saturday, September 21, 2019 at her home. She was born March 13, 1947 in Indianapolis, the daughter of Frank William and Harriet F. (Hasler) Strotman. On July 23, 1966, she married Randall Thompson Maurice, and he preceded her in death on July 13, 2006. Suzanne is survived by her daughter, Randee Taylor and husband, Charlie, of Shelbyville; grandchildren, Gregory Taylor and wife, Katie, Lauren Taylor and Kristen Taylor; mother-in-law, Betty Maurice of Fairland; brothers-in-law and sisters-in-law, Barbara Strotman, Jeff and Patsy Maurice, and Roger and Starla Maurice, all of Fairland; and several nieces and nephews. In addition to Randall, she was preceded in death by her parents; brother, William F. Strotman; sister, Janet Louise Strotman and father-in-law, William R. Maurice. Suzanne graduated from Triton Central High School in 1966. She retired from Stanley Bostitch in 2010, with 30 years of service. Suzanne enjoyed crocheting and knitting. Visitation will be from 4 to 8 p.m. Tuesday, September 24, 2019 at Freeman Family Funeral Homes and Crematory, Carmony-Ewing Chapel, 819 S. Harrison St. in Shelbyville. Funeral services will be at 10 a.m. Wednesday, September 25, 2019 at the funeral home, with Charlie Taylor officiating. Interment will be at Fairland Cemetery in Fairland. Memorial contributions may be made to Our Hospice of South Central Indiana, 2626 E. 17th St., Columbus, Indiana 47201. Online condolences may be shared with Suzanne’s family at www.freemanfamilyfuneralhomes.com.
To order memorial trees or send flowers to the family in memory of Suzanne Lee Maurice, please visit our flower store.