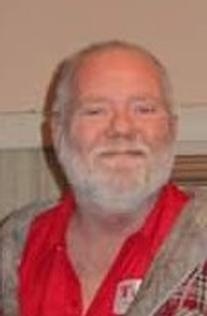 Terry L. Smith, 65, of Shelbyville, passed away Tuesday, December 21, 2021, at his home. He was born March 26, 1956, in Indianapolis, the son of Thomas “Tom” and Ruby (Costelow) Smith. On December 24, 1975, he married Patricia “Pat” Andis, and she survives. In addition to Pat, Terry is survived by his mother of Shelbyville; daughter, Christina Smith of Cincinnati, Ohio; brother, Brian Scott Smith, of Greenfield; granddaughter, Morgan Lilak of Flat Rock; father-in-law, Jacob Andis of Greenfield; and several nieces and nephews. He was preceded in death by his father; son, Scott Rouse; and brother, Larry Lee Smith. Terry currently owned and operated Terry’s Tire Recovery and Diamond Shine Detail. He formerly owned and operated Terry’s Truck and Trailer Repair. Terry and Pat were formerly food vendors at the Indianapolis Motor Speedway for over 20 years, while at the Speedway he also fueled generators for the race teams. He was formerly a member of the Morristown Lions Club and belonged to the Masonic Lodge and Murat Shrine. He enjoyed watching NASCAR and Indy car races. Visitation will be from 10 to 11 a.m. Monday, December 27, 2021, at Freeman Family Funeral Homes and Crematory, Frazier Chapel, 124 E. North St. in Morristown. Funeral services will be at 11 a.m. Monday, at the funeral home. Interment will be at Asbury Cemetery in Morristown. Memorial contributions may be made to the American Heart Association, PO Box 840692, Dallas, Texas 75284-0692. Online condolences may be shared with Terry’s family at www.freemanfamilyfuneralhomes.com.
To order memorial trees or send flowers to the family in memory of Terry L. Smith, please visit our flower store.