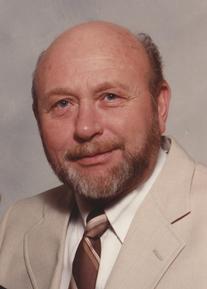 Terry R. Daily, 77, of Fountaintown, passed away Saturday, March 24, 2018 at his residence. He was born October 3, 1940, in Washington, the son of William and Elizabeth (McAtee) Daily. He married Rudell (Cornett) Daily, on April 28, 1962, and she preceded him in death on April 11, 2009. Terry is survived by his daughter, Kelly D. Elsbury and husband, Corbly; son, Brett W. Daily and wife, Denise; brother, Tony Daily; sister, Shannon Armstrong and husband, Don; grandchildren, Tuesday, William, and Jordan and wife, Stephanie; great-grandchildren, Radley, Kennedy and Molly; and several nieces and nephews. He was also preceded in death by his parents. Terry graduated from Morristown High School in 1957; and completed with top honors in his class, a five year apprenticeship program at Plumbers and Steamfitters Local No. 440. He formerly attended St. Joseph Catholic Church. Terry retired from the Plumbers and Steamfitters Local No. 440, in 1999, with 39 years of service. He was a member of the Sons of the American Legion, Sons of the Veterans of Foreign Wars and Plumbers and Steamfitters Local No. 440. Terry was a hunter, fisherman and gardener. He was also a horseman and enjoyed entering his horses in horse shows. He loved his family and cherished the time he spent with them. Terry was a fantastic husband, soulmate, caretaker, Father, Grandpa, friend to many and a boss to a few. He was true to his family and proud of his heritage. Visitation will be from 11 a.m. to 1 p.m. Saturday, March 31, 2018 at Freeman Family Funeral Homes and Crematory, Carmony-Ewing Chapel, 819 S. Harrison St. in Shelbyville. Funeral services will be at 1 p.m. Saturday at the funeral home, with Father Mike Keucher officiating. Interment will be at St. Joseph Catholic Cemetery in Shelbyville. Memorial contributions may be made to the Cancer Association of Shelby County, P.O. Box 844, Shelbyville, Indiana 46176 or the American Heart Association, 6100 W. 96th St., Suite 200, Indianapolis, Indiana 46278. Online condolences may be shared with Terry’s family at www.freemanfamilyfuneralhomes.com.
To order memorial trees or send flowers to the family in memory of Terry R. Daily, please visit our flower store.