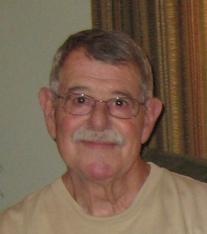 Thomas Edward “Tom” Mann, 72, of Greenfield passed away Friday, December 6, 2019 at his home. He was born December 17, 1946, in Vincennes, the son of Delbert W. and Eula Vernell (Cockrum) Mann. On December 28, 1974, he married his wife of 44 years, Nancy Jo Sauer, and she survives. In addition to Nancy, Tom is survived by his daughter, Michele Renee Mann Roberts and husband, Gregory, of Greenfield; son, Michael Thomas Mann of Greenfield; brother, Raymond E. Mann and wife, Gloria, and Mark Mann, both of Hillsboro, Ohio; grandchildren, Audrey Grace Roberts and Nathan Daniel Roberts; and several nieces and nephews. He was preceded in death by his parents. Tom graduated from Morristown High School in 1965, and received his bachelors degree from IUPUI-Purdue. He was a U.S. Army veteran and was awarded a bronze star for his service in Vietnam. After returning from Vietnam, he worked in plant science research at Eli Lilly and Company, then returned to school and finishing his degree. Tom retired from Barth Electric, where he was an electrical estimator. In October of 2019, he was accompanied by his son on the Indy Honor Flight to Washington, D.C. Visitation will be from 5 to 8 p.m. Tuesday, December 10, 2019 at Freeman Family Funeral Homes and Crematory, Frazier Chapel, 124 E. North St. in Morristown. Funeral services will be at 10 a.m. Wednesday, December 11, 2019 at the funeral home, with military graveside rites conducted by the local military committee. Interment will be at Asbury Cemetery in Morristown. Memorial contributions may be made to the Indy Honor Flight, PO Box 10, Plainfield, Indiana 46168. Online condolences may be shared with Tom’s family at www.freemanfamilyfuneralhomes.com.
To order memorial trees or send flowers to the family in memory of Thomas Edward "Tom" Mann, please visit our flower store.