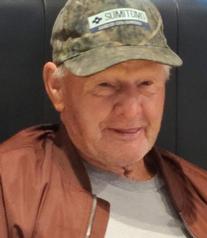 Thompson W. Tillison, 82, of Waldron passed away Monday, August 23, 2021, at his home. He was born August 15, 1939, in Shelbyville, the son of Thompson and Bernice (Whipple) Tillison. On December 18, 1964, he married his wife of 56 years, Peggy Erby, and she survives. In addition to Peggy, Thompson is survived by his sons, Thompson Tillison and companion, Becky Brewer, of Homer, Troy Tillison of Marietta, and Travis Tillison and companion, Laura Wilson, of Waldron; daughter, Lydia Tillison of Waldron; brothers, John Tillison of Shelbyville, and Robert Tillison and wife, Susie, of Waldron; sister, Mary Ann Hornsby and husband, Kenneth, of Manilla; grandchildren, Anthony Tillison and companion, Shawntell Thompson; Autumn Tillison and fiancé, Landan Burton; Makayla Tillison, Dakota Tillison and Tannah Tillison; great-grandchildren, Paisley Ann Burton and Kyzen Tillison; lifelong friend, Vallie Gold of Milroy; special friend, Mike Olson of Waldron; and several nieces and nephews. He was preceded in death by his parents. Thompson graduated in 1957 from Milroy High School, and attended Rose Hulman University. He was a veteran of the U.S. Air Force. Thompson formerly attended Zion Evangelical Church of Christ and West Street United Methodist Churches. He was a lifelong farmer. Thompson enjoyed gardening. He loved to sit at the corner of Colescott and Miller Streets, and sell his produce. The love and devotion shown to Thompson, by the wonderful care of his grandson, Dakota will always be remembered. Private family services will be conducted. Services have been entrusted to Freeman Family Funeral Homes and Crematory, 819 S. Harrison St. in Shelbyville. Online condolences may be shared with Thompson’s family at www.freemanfamilyfuneralhomes.com.
To order memorial trees or send flowers to the family in memory of Thompson W. Tillison, please visit our flower store.