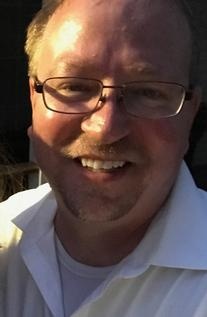 Todd Gene Kidwell, 49, of Chesterfield Township, Michigan, passed away Friday, April 20, 2018 at McLaren Flint Hospital in Flint, Michigan. He was born March 31, 1969, in Kokomo, the son of Jack Kidwell and Sandi (Harter) Kidwell. On April 8, 1995, he married Sally Brigid McKenney, and she preceded him in death on May 4, 2009. Todd is survived by his parents, both of Amboy, sons, Barry Andrew Kidwell and Benjamin Adam Kidwell, both of Chesterfield Township; sisters, LaChelle Dilcox of Ogbensburg, New York, and Tammy Dalton and husband, Jeff, of Moores Hill; paternal grandmother, Edna Kidwell of Kokomo; and numerous nieces and nephews. He graduated from Kokomo High School in 1987, and received his bachelors’ degree from Western Governor’s University. Todd was a member of the Christian Life Church, where he was the Children’s Minister. He was a veteran of the U.S. Army. Todd was currently the deputy director of IT for the Wayne County Court System, and had worked in the court system for over 20 years. He was a sports enthusiast and an avid fan of the Indianapolis Colts. Todd loved his family and cherished the time he spent with them. He also leaves behind his dog, Barney. Visitation will be from 2 to 3 p.m. Saturday, April 28, 2018 at Freeman Family Funeral Homes and Crematory, Carmony-Ewing Chapel, 819 S. Harrison St. in Shelbyville. Funeral services will be at 3 p.m. Saturday at the funeral home, with his uncle John Kidwell officiating. Interment will be at St. Joseph Catholic Cemetery in Shelbyville. Memorial contributions may be made to the Christian Life Church, 24877 21 Mile Road, Macomb, MI 48042. Online condolences may be shared with Todd’s family at www.freemanfamilyfuneralhomes.com.
To order memorial trees or send flowers to the family in memory of Todd Gene Kidwell, please visit our flower store.