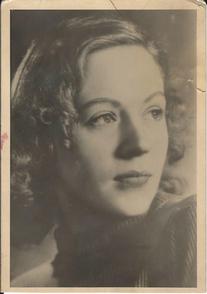 Vera Maria Davis, 96, of Shelbyville, passed away Wednesday, November 8, 2017 at her residence. She was born July 14, 1921, in Jena, Germany, the daughter of Fritz and Frida Kappitz. On September 3, 1947, she married Eldon Buford Davis, and he preceded her in death on November 15, 2012. Vera is survived by her son, Jerry Davis of Waldron; daughter-in-law, Kathleen Davis of Waldron; grandchildren, Brandy Jenkins and husband, Robert, of Fortville and Brooke Witkemper and husband, Andrew, of Greensburg; great-grandchildren, Austin and wife, Brianna, Clayton, Brandon, Grace, Jennifer, Julie, Jessica, Ashton, Jayce and Emma; and great-great-granddaughter, Anabel. She was also preceded in death by her parents; and son, Michael James Davis. Vera graduated from High School in Germany and attended Art and Stage Design School. In June of 1947, following the end of World War II, she came to the United States and was a homemaker. She enjoyed sewing, cooking and reading. She still read German publications. Vera loved her family and cherished the time she spent with them. A gathering of friends will be from 10 a.m. to noon, Friday, November 17, 2017 at Freeman Family Funeral Homes and Crematory, Carmony-Ewing Chapel, 819 S. Harrison St. in Shelbyville. Private graveside services will be at VanPelt Cemetery in Shelby County, with Pastor Doug Wall officiating. Memorial contributions may be made to the Our Hospice of South Central Indiana, 2626 17th St., Columbus, Indiana 47201. Online condolences may be shared with Vera’s family at www.freemanfamilyfuneralhomes.com.
To order memorial trees or send flowers to the family in memory of Vera Maria Davis, please visit our flower store.