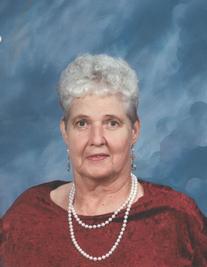 Wanda Elizabeth “Liz” Hewitt, 80, a lifelong resident of Waldron, entered eternal rest on Tuesday, November 14, 2017 at the Waldron Health and Rehabilitation Center. She was born on January 17, 1937 to the late John and Bertha (Runnebohm) Beyer. She was raised on the family farm in Shelby County and graduated from Waldron High School with the class of 1954. Liz married Jack S. Hewitt on September 3, 1955. She is a lifelong member of St. Vincent De Paul Catholic Church in Shelbyville. Liz was diagnosed with Multiple Sclerosis (MS) in 1987 which ultimately led to her being wheelchair bound. She chose to make the most of her situation by keeping busy leading activities at the nursing home, helping the church with greeting cards, and by creating craft projects for the county fair. She will be missed by her family including her husband, Jack Hewitt of Waldron; sons, Perry (wife, Debbie) Hewitt of Shelbyville and Jay (wife, Caroline) Hewitt of Fairland; daughter, Amy (husband, Gary) Campbell of Martinsville; brother, Jim (wife, Rosie) Beyer of Shelbyville; sister, Norma (husband, Warren “Brownie”) Browning of Shelbyville; grandchildren, Kelsey (husband, Matt) Kropf of Bradford, PA, Brandi Hewitt of Shelbyville, Lesley Hewitt-Rooks of Columbus, Corben Kinder of Martinsville, Cody Campbell of Martinsville, and Cameron Kinder of West Point, NY; and great grandchildren, Grace Hewitt and Peyton Rooks of Columbus. She was preceded in death by her brothers, John Jr., Charles, Daniel, Robert “Shorty”, and Walt Beyer and sisters, Charlene Beyer and Clara “Sis” Winkler. Family and friends are invited to visit from 4:00 – 8:00 pm on Friday, November 17, 2017 at Freeman Family Funeral Home in Shelbyville. On Saturday, November 18, there will be a funeral mass beginning at 11:00 am at St. Vincent De Paul Catholic Church. Following the services, she will be laid to rest in the St. Vincent Catholic Cemetery. Neal & Summers Funeral and Cremation Center in Martinsville has been entrusted with the funeral arrangements. In lieu of flowers, contributions in Liz’s honor can be made to the National Multiple Sclerosis Society or to the St. Vincent Catholic Church; envelopes will be provided by the funeral home. Please visit www.nealandsummers.com to view the online tribute page, leave an online condolence, or to share a memory with the family.
To order memorial trees or send flowers to the family in memory of Wanda Elizabeth "Liz" Hewitt, please visit our flower store.