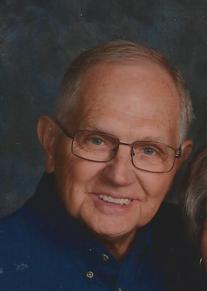 Wilbur A. Debolt, Jr., 74, of Manilla passed away Wednesday, July 18, 2018 at his residence. He was born January 12, 1944, in Lackawanna, New York, the son of Wilbur A. Sr. and Margaret (Antolich) Debolt. On May 28, 1966, he married his wife of 52 years, Vera Anderson, and she survives. In addition to Vera, Wilbur is survived by his daughter, Celeste Debolt of Chesnee, South Carolina; son, Brian Debolt and wife, Deborah, of Indianapolis; brother, Richard Debolt and wife, Maryann, of Buffalo, New York; grandchildren, Amanda Hanke, Nicole Whitaker and husband, James, Ashley Coomer and husband, Josh, Amanda Kojima and husband, Bryan, Brittany Winters, Victoria Moistner and husband, Jason, Alexandra Ealick, Cheyenne Patterson and husband, Hayden, Macey Debolt, Brianna Debolt and Jackson Rine and wife, Kristina; and 16 great-grandchildren. He was preceded in death by his parents. Wilbur graduated from Lake Shore High School in Derby, New York and Bryant-Stratton Business College. He was a veteran of the U.S. Air Force, serving during the Vietnam War. Wilbur was a member of St. Joseph Catholic Church, where he was one of the five church piddlers. He was also a member of the Knights of Columbus. He enjoyed traveling, listening to music and working in his shop. Wilbur was a gardener and enjoyed growing garlic. A gathering of friends will be from 10:30 to 11 a.m. Saturday, July 21, 2018 at St. Joseph Catholic Church, 125 E. Broadway St. in Shelbyville, with a Mass of Christian Burial at 11 a.m. Inurnment will be at St. Vincent de Paul Catholic Cemetery in Shelby County. Services have been entrusted to Freeman Family Funeral Homes and Crematory, 819 S. Harrison St. in Shelbyville. Memorial contributions may be made to the National Multiple Sclerosis Society, P.O. Box 4527, New York, NY 10163. Online condolences may be shared with Wilbur’s family at www.freemanfamilyfuneralhomes.com.
To order memorial trees or send flowers to the family in memory of Wilbur A. Debolt Jr., please visit our flower store.