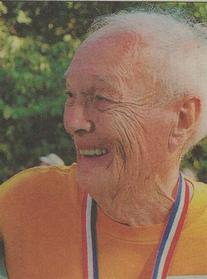 William DePrez Inlow, Jr., 89, of Shelbyville, passed away Friday, August 18, 2017 at his residence. He was born November 1, 1927, in Shelbyville, the son of Dr. William DePrez and Harriet Norma (Pierson) Inlow. He married Belva Jean Campbell, and she preceded him in death on October 15, 1966. Bill is survived by his sons, Bill Inlow and Bart Inlow, both of Bloomington; daughter, Erin Inlow of Bloomington; brother, Dr. Robert P. Inlow of Shelbyville; eight grandchildren; three great-grandchildren and one on the way; and several nieces and nephews. He was also preceded in death by his parents; daughter, Jean Ellen Inlow; brother, James Inlow; and companion, Rosemary Strub. Bill graduated from Shelbyville High School in 1945. He received his Bachelor’s Degree and Master’s Degree in Education from Indiana University. He was a U.S. Army veteran, serving during the Korean Conflict. Bill was formerly a school teacher, coach and real estate appraiser. He enjoyed ballroom and square dancing and working crossword puzzles. Bill was a fan of Indiana University sports. Private family services will be conducted. Inurnment will be at Forest Hill Cemetery in Shelbyville. Services have been entrusted to Freeman Family Funeral Homes and Crematory, 819 S. Harrison St. in Shelbyville. Memorial contributions may be made to the Cancer Association of Shelby County, PO Box 844, Shelbyville, Indiana 46176. Online condolences may be shared with the Inlow family at www.freemanfamilyfuneralhomes.com.
To order memorial trees or send flowers to the family in memory of William DePrez Inlow, Jr., please visit our flower store.