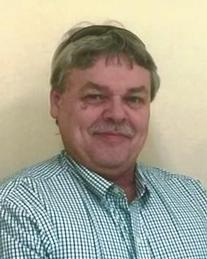 William H. “Bill” Cavaness, Jr., 52, of Shelbyville, passed away Saturday, September 2, 2017 at Franciscan St. Francis Hospital in Indianapolis. He was born November 23, 1964, in Shelbyville, the son of William H. and Rita (Jeffries) Cavaness. Bill is survived by his mother of Columbus; sisters, Theresa Ernstes of Shelbyville, Dawn McIntyre and husband, Jerry, of Columbus, Elizabeth Brown and husband, Ken, of Indianapolis, and Barbara McPherson and husband, Bill, of Shelbyville; nieces and nephews, Trey Ernstes and wife, Jen, Shelly McIntyre, Laci McIntyre, Kenny Meal and wife, Jennifer, Kristopher Meal, Kylee Meredith and husband, Karl, Justin Marshall and wife, Casey, and Zachary Marshall and wife, Kayla; and several great-nieces and great-nephews. He was preceded in death by his father; grandparents, Mary Cavaness, William Wesley Cavaness, and Herman and Velma Jeffries; brother-in-law, Ben Ernstes; and niece, Katie Ernstes. Bill graduated from Waldron High School in 1983. He worked at Freudenberg-NOK, as a material and set-up handler, for over 20 years. Bill enjoyed sports, he especially like Indiana University basketball and football and was an avid Indianapolis Colts fan. He was a wonderful cook and loved to cook for his family, often using things he had grown in his garden. Bill also leaves behind his dog, Ralphy and was preceded in death by his dog, Peyton. Visitation will be from 4 to 8 p.m. Wednesday, September 6, 2017 at Freeman Family Funeral Homes and Crematory, Carmony-Ewing Chapel, 819 S. Harrison St. in Shelbyville. Funeral services will be at 10 a.m. Thursday, September 7, 2017 at the funeral home. Interment will be at Forest Hill Cemetery in Shelbyville. Memorial contributions may be made to the Shelbyville-Shelby County Animal Shelter, 705 Hale Road, Shelbyville, Indiana 46176. Online condolences may be shared with Bill’s family at www.freemanfamilyfuneralhomes.com.
To order memorial trees or send flowers to the family in memory of William H. "Bill" Cavaness, Jr., please visit our flower store.