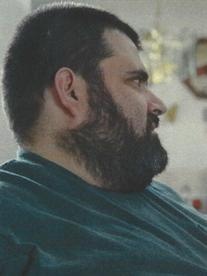 William J. “Bill” Mack III, 56, of Shelbyville passed away Thursday, August 5, 2021, at Life’s Journey of Avon. He was born September 10, 1964, in Shelbyville, the son of William Jr. and Linda L. (DeBaun) Mack. On December 7, 2014, he married William Brown, and he survives. In addition to William, Bill is survived by his parents of Shelbyville; brothers, David Mack and wife, Beverly, of Valparaiso, Matt Mack and wife, Karen, of Fairland, and Andy Mack and wife, Carrie, of Shelbyville; aunts, Charlet Wells and husband, Rick, and Patricia Miller, both of Shelbyville; mother-in-law, Barbara Ashlock of Indianapolis; sister-in-law, Janie Brown of Avon; brother-in-law, Philip Brown and wife, Casey, of Speedway; and several nieces and nephews and great-nieces and nephews. Bill was preceded in death by his uncle, Freddie DeBaun. He graduated in 1982 from Shelbyville High School and attended IUPUI. Bill was a member of St. Luke’s Episcopal Church. He was a member of 4-wheels to Freedom. He worked in information technology for many years, Bill formerly worked at McNeely Stephenson, Stephenson Rife and SCUFFY. Bill was very talented in the technology field and enjoyed sharing his talents, by operating the lights and sound for Shelby County Players productions. He also ran the sound for Michelle Cole. Above all, Bill was always thinking of other people. He was also preceded in death by his beloved dog, Slick. Private family services will be observed. Services have been entrusted to Freeman Family Funeral Homes and Crematory, 819 S. Harrison St. in Shelbyville. Memorial contributions may be made to the Cancer Association of Shelby County, PO Box 844, Shelbyville, Indiana 46176 or SCUFFY, 126 N. Harrison St., Shelbyville, Indiana 46176. Online condolences may be shared with Bill’s family at www.freemanfamilyfuneralhomes.com.
To order memorial trees or send flowers to the family in memory of William J. "Bill" Mack III, please visit our flower store.