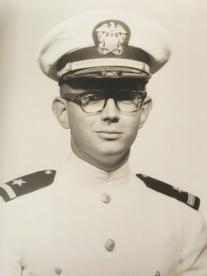 The family of William Osler Statler, Jr., 6/21/1937 - 11/26/2018, would like to let our friends know that Bill passed peacefully in his sleep after a brief time in hospice care, in Shelbyville, Indiana. True to form, he remained curious and unafraid of the mysteries of nature, and said he was confident that after he died, he would meet up with his beloved dog, Doc, named after his hero, Dr. Richard P. Feynman, and walk off into his favorite woods behind the old Glenhaven Elementary School, in Glenville, NY. Enjoy your walk, Dad, we will miss you. Born to William Osler and Erma (Campbell) Statler, in Cape Girardeau, Missouri, Bill is survived by his wife, Carolyn (John), whom he wed March 9, 1963, in La Jolla, CA. Bill is also survived by Stephen Statler (Kelly Patton) and their children Nina and Collin, of Walnut Creek, CA, Kristina Statler and her sons, Orion, Sunny and Clay Milligan of Haiku, Maui, HI, Timothy Statler (Francesca Malone) and their son Will of Palo Alto, CA, as well as extended family in Indiana and Missouri. Bill was a graduate of Missouri School of Mines at Rolla, MO with a Bachelor’s degree in Engineering and spent his professional life as a mechanical engineer with Westinghouse, General Electric and retiring in 2004 from Innovative Control Systems, in Clifton Park, NY. He was a graduate of Officer Candidate School in Newport, Rhode Island and proudly served in the U.S. Navy from 1961-1964. A memorial service will be at a later date and, if desired, memorial contributions may be made to the animal shelter in Glenville, NY, where Bill adopted his rescue dogs, The Animal Protective Foundation, http://www.animalprotective.org/make-a-donation/ Or, in Shelbyville, IN, the Shelby County Youth Assistance Program, http://www.shelbycountyyap.org/funding/ Services have been entrusted to Freeman Family Funeral Homes and Crematory, 819 S. Harrison St. in Shelbyville. Online condolences may be shared with William's family at www.freemanfamilyfuneralhomes.com.
To order memorial trees or send flowers to the family in memory of William Osler Statler, Jr., please visit our flower store.