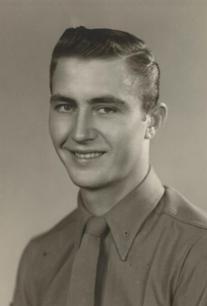 William R. Maurice, 91, of Fairland, passed away Sunday, March 17, 2019 at his home. He was born July 15, 1927, in Indianapolis, the son of Richard and Ella (Waldon) Maurice. On July 28, 1945, he married his wife of 73 years, Betty Thompson, and she survives. In addition to Betty, William is survived by his sons, Jeffery Maurice and wife, Patsy, of Fountaintown, and Roger Maurice and wife, Starla, of Fairland; six grandchildren; 14 great-grandchildren; and several nieces and nephews. He was preceded in death by his parents; son, Randall Maurice; sisters, Zonia “Sadie” Hochgesang and Leatha Plowman; and brothers, Robert L. Maurice and Carl G. Maurice. William was a Baptist and attended Boggstown High School. He was a US Army veteran, serving during World War II. William retired as an engineering supervisor for the Indiana State Police in 1993, with 26 years of service. He enjoyed stock car racing, fishing, mushroom hunting and gardening. He loved farming and spent many hours working the land. Visitation will be from 5 to 8 p.m. Monday, March 25, 2019 at Freeman Family Funeral Homes and Crematory, Carmony-Ewing Chapel, 819 S. Harrison St. in Shelbyville. Funeral services will be at 10 a.m. Tuesday, March 26, 2019 at the funeral home. Interment will be at Fairland Cemetery in Fairland, with military graveside rites conducted by the local military committee. Memorial contributions may be made to the donor’s choice of charity. Online condolences may be shared with William’s family at www.freemanfamilyfuneralhomes.com.
To order memorial trees or send flowers to the family in memory of William R. Maurice, please visit our flower store.