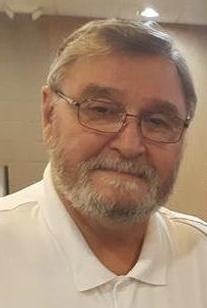 William Ramsay “Bill” Tracy, 73, of Morristown, passed away Tuesday, November 14, 2017 at Richard Roudebush Veterans Hospital in Indianapolis. He was born June 5, 1944, in Buffalo, New York, the son of Beryl and Mary (Ridgon) Tracy. On December 29, 1986, he married Rebecca Lynne “Becky” Gephart, and she preceded in him death on August 17, 2013. Bill is survived by his daughter, Samantha Ramberg; son, Steven Tracy; step-daughters, Bobbie Vucelich and Jennifer Tracy; step-sons, Seth Stohry and Sy Stohry; sisters, Martha Sutherland and Margaret Reber; grandchildren, Nicholas, Anna, Grace, Emma, Tyler, Jesse, Cade, Kiera and Jack; great-grandson, Hendrix; and several nieces and nephew and great-nieces and nephews. He was also preceded in death by his parents; son, Joshua Tracy; and brothers, David L. Tracy and Phillip Tracy. Bill graduated from Morristown High School in 1962. He was an honorably discharged U.S. Air Force veteran, serving from 1962 to 1966. Bill was a member of the Morristown Church of the Nazarene. He was formerly a shipping manager at VTI. After retirement, he enjoyed working as the range inspector for Highsmith Guns. Bill enjoyed playing golf and going to the shooting range. A gathering of friends will be from 1 to 2 p.m. Friday, November 17, 2017 at Morristown Church of the Nazarene, 554 E. Main St., in Morristown. A memorial service will be at 2 p.m. Friday at the church, with Mark Myer officiating. Services have been entrusted to Freeman Family Funeral Homes and Crematory, 124 E. North St. in Morristown. Memorial contributions may be made to the Morristown Church of the Nazarene, or Richard Roudebush VA Hospital, 1481 W. 10th St., Indianapolis, IN 46202. Online condolences may be shared with Bill’s family at www.freemanfamilyfuneralhomes.com.
To order memorial trees or send flowers to the family in memory of William Ramsey "Bill" Tracy, please visit our flower store.

Morristown Church of the Nazarene