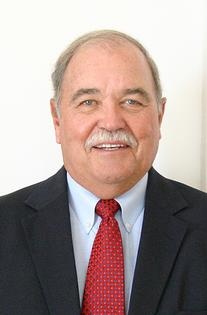 Wray DePrez “Dep” “Digger” Ewing DeP was born on February 11, 1943, in Indianapolis to Richard L. Ewing and Patricia DePrez Ewing. He left this earth on January 4, 2022, and is soaring high. He was married to Debbie (Wells) Ewing in 2001, after eight years of courtship. He is survived by his wife and sons, Christopher (Emily) Ewing of Kalamazoo, Michigan, and Todd Ewing of Mount Pleasant, South Carolina. Daughters, Jennifer (Chris) Dennis and Andrea (Dean Tucci) Payne. Grandchildren, Danny Ewing and Mary Ewing, Carolina Ewing, Adelyn Primavera, Megan Dennis, Brooke Dennis and Taylor Dennis. He is also survived by his sister, Anne Scheele of Indianapolis. His parents preceded him in death. DeP graduated from Culver Military Academy in 1962 and from Miami University in 1966, where he was a member of Sigma Chi Fraternity. Following graduation he went to pilot training school for the US Air Force and served as a Captain in the Vietnam War, where he flew several aircraft including the C-130. He was awarded five air medals and the Distinguished Flying Cross award. He was proud to be of service to his country. Following active duty he served in the Air Force Active Reserves as an A-37 fighter pilot for three years. His plan was to become a commercial pilot, but the airlines weren’t hiring. So with a nudge from his father, he went to Indiana Mortuary School and joined his father’s business, Ewing Mortuary, which he later purchased, and eventually merged with Carmony Funeral Home to become Carmony-Ewing Funeral Home. DeP enjoyed a full and storied life. He was truly a one-of-a kind guy. In his wake were the many friends he collected along the way. His easy-going personality and ability to connect with people provided him the opportunity to experience many adventures and develop lifelong friendships. His quick wit and sense of humor served him well. He was always up for anything. He loved sailing, traveling, snow skiing, golfing, riding bicycles, playing tennis, kayaking, and a variety of other activities. Mention doing something with him and he was all in. He retired in 2008, and enjoyed traveling near and far throughout the world with his wife, Debbie. They spent the winter months in Florida and summers at his cottage in Harbor Springs, Michigan. Past community involvement includes serving as co-chair of the Scuffy drive, Shelbyville Central Schools board member, Lions Club honorary volunteer, chairing the blood drive for Shelby County, Charter member of Sertoma Club, and served on the boards of the Shelbyville Elks Lodge, Shelby County Arts Council, Shelby County Players, and was on the Forest Hill Cemetery Board for 30 years. DeP and his wife Debbie were member of Wi-Hub Circle. Visitation will be from 2 to 6 p.m. Sunday, January 9, 2022, at Freeman Family Funeral Homes and Crematory, Carmony-Ewing Chapel, 819 S. Harrison St. in Shelbyville. Funeral services will be at 6 p.m. Sunday at the funeral home, with Rev. Bill Horner officiating. Graveside services will be at 11 a.m. Monday, January 10, 2022, at Forest Hill Cemetery, 704 Morris Avenue in Shelbyville. For protection of others the family requires mask be worn in the building. Those not able to attend are invited to view the service via livestreaming on our facebook page www.facebook.com/freemanffh. Memorial contributions may be made to the unrestricted Ewing Family Fund at the Blue River Community Foundation, 54 West Broadway Street, Shelbyville, Indiana 46176, which will serve many local needs in the community. Online condolences may be shared with DeP’s family at www.freemanfamilyfuneralhomes.com. A Celebration of DeP’s Life will be held at a later date, when all this Covid crap calms down.
To order memorial trees or send flowers to the family in memory of Wray DePrez "Dep" "Digger" Ewing, please visit our flower store.